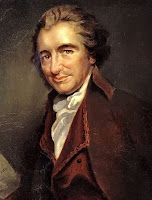 At the time of the Revolutionary War and the writing of the Declaration of Independence, Thomas Paine wrote a simple pamphlet called “Common Sense”.  His words helped inspire Americans to take up arms against Great Britain.  Simple common sense revealed this was the necessary path for those living in North America.

In our United States today, the majority of people appear to have lost all common sense.  Instead I deem them “commonly senseless”.  The recent Obergefell v. Hodges Supreme Count decision is a perfect example of the loss of human reasoning and common sense.

This court decision will live in American history as another damning demonstration of our nation’s degrading morality in the same way the 1973 Roe v. Wade decision did.  According to the court’s 5-4 majority report,

Same sex marriage is now legal in the United States of America.  As noted in the report, this decision was based on the 14th Amendment to our Constitution.  Unfortunately, this amendment has been much abused since its ratification in 1868. 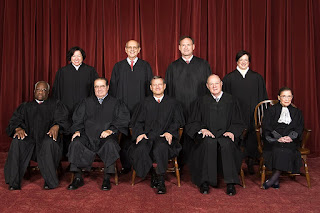 Since I am not a Constitution scholar, I will refrain from debating the use of the 14th Amendment to support this decision.  But the bottom line is that same sex marriages are now a right just as abortion has been deemed by this Court as a right.

Such rights as abortion and same sex marriage, however, are “man-made” rights.  These rights are NOT on the same level as life, liberty, and the pursuit of happiness as is often claimed.  If you remember the words of our Declaration of Independence:

“We hold these truths to be self-evident, that all men are created equal, that they are endowed by their Creator with certain unalienable Rights, that among these are Life, Liberty, and the pursuit of Happiness.  That to secure these rights, Governments are instituted among Men driving their just powers from the consent of the governed.”

Our government exists, therefore, to secure the rights endowed “by their Creator”.  These rights coming from God are summarized as “Life, Liberty, and the pursuit of Happiness”.  Since these rights come from God, such rights do NOT include the right of abortion or same sex marriage no matter what men might say.

God has given life and commanded us to respect the lives He has created.  To kill an unborn child is not an idea that comes from God but from Satan.  Hence, abortion (‘baby killing’) is not a right “endowed by their Creator”.

God has defined and given marriage to establish the institution of family.  Genesis 2 clearly indicates marriage is one man, one woman, united before God in holy covenant forever.  God knows nothing of the right of two men to get married or two women.  In fact, He condemns such behavior both in the Old and New Testaments (e.g., Romans 1:18ff).  Therefore, same sex marriage is not a right “endowed by their Creator”.

Our justices have left the common sense of the words of both the Declaration and the Constitution in rendering such a decision.  Furthermore, they have left the Judeo-Christian foundations of our Founding Fathers.  Morality has been swept away from the minds of the people.  For so many Americans to rejoice over such a decision clearly shows that our nation is commonly senseless.

Let’s just call “commonly senseless” what it really is:  FOOLISHNESS! 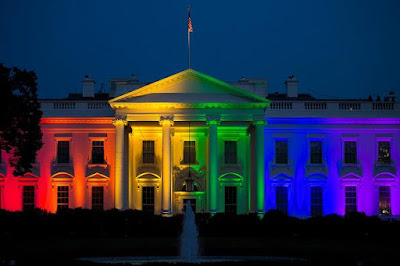 Posted by TheSaxonHus at 12:17 PM No comments: 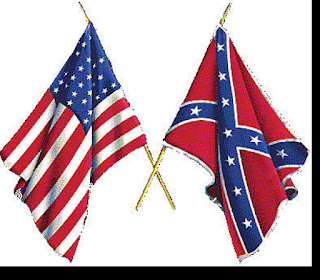 The winds have not been blowing well for the flag of the Confederate States of America (C.S.A.) in recent days.  All across the nation there have been cries for its removal not only from flagpoles but also from monuments!  Stores at Civil War battlefields are withdrawing merchandise containing the “Stars and Bars”.  Political correctness is everywhere.  Even the “General Lee” from “The Dukes of Hazzard” has come under attack!

The reason given for this all-out assault on the “Rebel flag” is that the flag brings back memories of slavery.  The flag supposedly teaches that slavery is ok and represents bigotry.  As some folks see it, that flag only reminds them of slavery.

For what it’s worth, I thought I would chime in on this lunacy.  First, some disclosures:

1.  I have a couple of “Stars and Bars” flying alongside some “Stars and Stripes” in my study at home.
2.  I despise slavery.  Involuntary servitude is wrong no matter who practices it (including several of our nation’s Founding Fathers).
3.  I am not and never have been a bigot or a racist.
4.  My ancestors served in the Union army during the Civil War.  It is possible some served in the Confederacy but, if they did, I am not aware of it.  I do know one ancestor died at Vicksburg and another defended the base of Cemetery Hill in Gettysburg.
5.  I was born and raised in Illinois so I am a “Northerner”.
6.  Two of my favorite persons from history are Robert E. Lee & Stonewall Jackson, both Southern generals, both slave owners.

Now, let’s look at the Stars and Bars.  Certainly slavery was a key factor in the outbreak of the War.  Slavery was a millstone around our nation’s neck since its founding and the “institution” needed to be removed.  But my study of the Civil War has led me to conclude that many of those Southern men who died fighting for the C.S.A. were not slave holders.  Despite how the South is often portrayed, not all “Johnny Rebs” had slaves.  Yet they died just the same.  You see, there is more than slavery wrapped up in the Confederate flag.

If you have spent any time in the South, you know the Civil War is referred to as the War of Northern Aggression.  Indeed, the Northern armies invaded the Southern states and attempted to force them to change their form of government.  Yet the 10th Amendment to the Constitution of the United States confirms that the Southern states were free to govern themselves.

“The powers not delegated to the United States by the Constitution, nor prohibited by it to the States, are reserved to the States respectively, or to the people.”

When the War began, the Constitution said nothing about the illegality of the institution of slavery.  This intentional omission (intentional from our Founding Fathers’ perspective) was, thankfully, remedied by the 13th Amendment, ratified months AFTER the war.  The Northern states had no Constitutional right to force the Southern states to change their government.  And the South did not see anything “right” about the armies of the United States invading the Southern states and attempting to implement changes by force.

So, you could also say the Stars and Bars not only represent slavery but the rights of States to govern themselves.  Our Constitution provided for a limited Federal government.  The true governing was to be at the state and local level, not from Washington.  In fact, one of the results of President Lincoln’s use of force in the Civil War is the continued growth of the Federal government to the detriment of the state governments.  Prior to the Civil War, that was not the case.

Many of those rebel soldiers gave their lives in order to defend their state and their way of life (even for those who owned no slaves).  The Confederate flag is viewed positively by many who lost ancestors fighting for states’ rights.  You see, that flag also has some very positive connotations.

But some can’t see past the slavery issue and that’s a shame.  They are so closed minded and hard-hearted, they see only what they want to see.  To them, there is nothing positive in the flag of the Confederacy even though slavery officially ended in this nation 150 years ago. 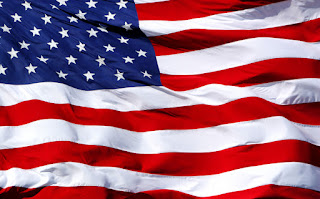 I think before leaving this subject, though, I need to take a moment and look at the “Stars and Stripes”.  What a beautiful flag it is!  It represents freedom and liberty and opportunity.  People from around the world want to come to America.  We are the land of the free and the home of the brave!

I love our country and believe we are the greatest nation on the earth.  We have the greatest governing document every devised by man, our Constitution, and the greatest philosophical document written by man, our Declaration of Independence.  Many of our citizens have boldly and bravely given their lives to defend our freedoms and I am truly thankful for them.  I love celebrating the nation’s birthday on July 4th and would never want to be a citizen of any other country.  It is a wonderful feeling to see our flag flying high across the land.

At the same time, our flag is not untarnished.  While the Stars and Bars “supported slavery”, our Stars and Stripes “supports abortion”, does it not?  You tell me, which of the two is to be preferred:  enslaving men or killing them before they are born?  The Confederate States had no right of abortion while they existed and, hence, that stain is not on their flag.  But our nation permits unborn children to be killed, even as they are being birthed!  How does this action differ from the Holocaust, the terrible crime associated with the Nazi flag?!

Perhaps there should be an outcry among our citizens about flying the American flag these days.  When you see the Red, White, and Blue, does it remind you of abortion?  Even if it doesn’t, can you deny that the flag represents that “right”?

Now I certainly do not want us to take down our American flags.  Yes, abortion is horrific and I hope and pray one day that crime will once again be banned by our nation.  Yet, compared to all the other nations in the world, we live in the greatest nation.

So let us fly our flags gladly and reflect upon the freedom and liberty it represents.  But, at the same time, perhaps we should back off a bit about the flag of the C.S.A.   Yes, slavery is a part of that heritage.  But so is a defense of the rights of states to govern themselves.  Surely if one can overlook abortion they can overlook slavery.  The Stars and Bars no more causes slavery than the Stars and Stripes causes abortion.

So unfurl those flags.  Let both fly!  They are part of our imperfect but glorious history!

Posted by TheSaxonHus at 7:53 AM No comments:

"My conscience is captive to the word of God."

TheSaxonHus
This "Saxon Hus" is a Reformed Baptist who serves as an adjunct professor at Missouri Baptist University, Maryville University, and St. Charles Community College.

Some of My Favorite Blogs

Some of My Favorite Links

Some of My Favorite School Links

Some Followers of this Blog